His secret to drumming greatness: passion plus musicality.
As a pair of new albums demonstrate, it’s a recipe that never fails him.

Somewhere around the midpoint of “My Own Soul’s Warning,” the lead-off track on the Killers’ new album, Imploding the Mirage, you might find yourself uncontrollably tapping your foot or bobbing your head or even air drumming. That’s because the Killers write infectious, arena-sized anthems that fuse Springsteen-esque melodic hooks with modern, synth-heavy alternative songwriting for an end product that belongs on the radio. But that foot is tapping primarily because of Ronnie Vannucci Jr., the band’s no-nonsense timekeeper who uses “playing for the song” as a personal mantra.

Imploding the Mirage began life when the band moved operations from their Las Vegas home to Utah, before recording eventually moved to Los Angeles. And not only was the studio scenery changing, but the band was forced to create without two of its members, guitarist Dave Keuning and bassist Mark Stoermer, who are both on self-imposed hiatuses of varying degrees. It hasn’t seemed to slow the band down, though, with Vannucci and lead singer Brandon Flowers focusing on delivering their best effort with help from new producers and an impressive array of special guests, including Lindsey Buckingham and k.d. lang. 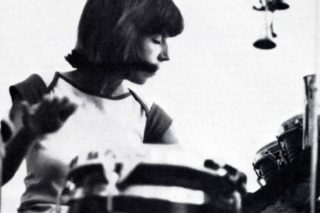 Susan Evans: Doin' It All
by Rick Mattingly 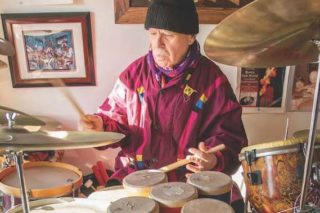